Live From the Head of the Schuylkill Regatta 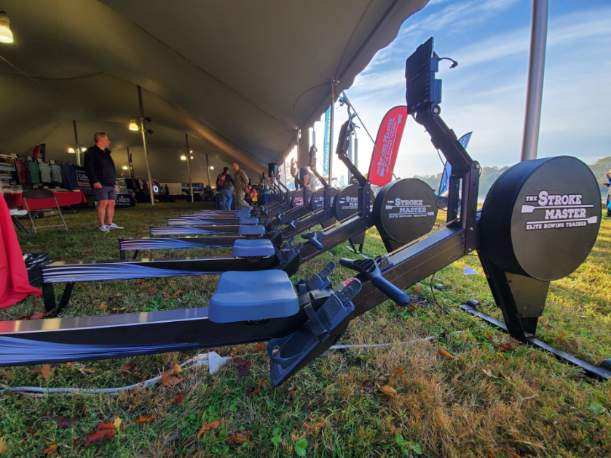 We’ve spent this full weekend here at the HOSR in Philadelphia. Coming off the ever popular weekend at the Head of the Charles Regatta, the Head of the Schuylkill is another prestigious fall regatta for Crew teams across the nation.

To really understand the full prestigious level of this Regatta, think of it to be like the New York City Marathon, to runners.

While we’re going into the last day of the event, we encourage all athletes, coaches, and parents to come and demo The Stroke Master. We’ve been asked over the past two weekends what sets us apart from the Concept 2. With a similar look, we understand the confusion. But, think of The Stroke Master as a team erg, where you get similar feedback to what you would on the water, yet it’s for your dry land training.

So, like we said, if you haven’t stopped by our booth at the Head of the Schuylkill, 19 – 21, we enourage you to do so. If you would like to schedule a demo outside of the regatta please contact us at 208-720-4326 or visit our contact page here.